Out of stock
$59.90
BURNING FAT WHILE NOT LOSING MUSCLE IS NOT A SKILL, BUT AN ART. It’s something which 19X Olympia Champion Coach, The Pro Creator® Hany Rambod has demonstrated countless times by shaping the most insane physiques the world has ever seen. The goal which so many athletes have trouble achieving is...
customers are viewing this product
Tags: / appetite control / fat burner / fat loss
Share
Description

BURNING FAT WHILE NOT LOSING MUSCLE IS NOT A SKILL, BUT AN ART.

It’s something which 19X Olympia Champion Coach, The Pro Creator® Hany Rambod has demonstrated countless times by shaping the most insane physiques the world has ever seen. 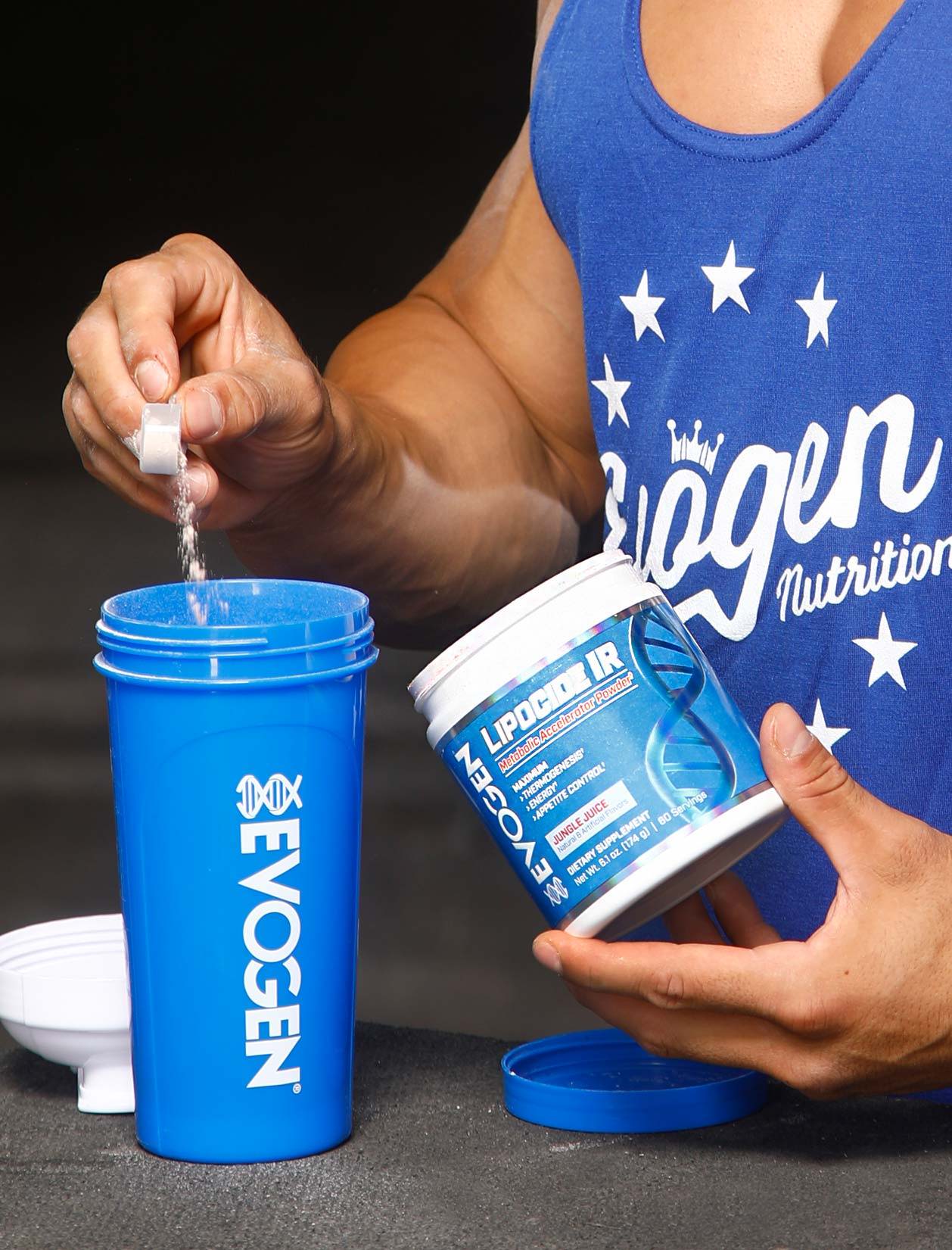 The goal which so many athletes have trouble achieving is finding the correct balance between increasing metabolic rate and controlling appetite enough to preserve muscle mass while blasting away fat away. There’s a reason why multiple physique champions trusts Hany, and it’s because he understands this balance.

It’s this keen understanding of physique remodeling that has lead to the evolution of one of Hany’s best kept secrets, Lipocide, and now Lipocide IR (Instant Release) powder. This real-world tested formulation has been his “go-to” tool to get the best in world shredded and dialed in. By curbing appetite, accelerating your metabolism, and pushing mental drive for hours, Lipocide IR is part of a complete weight loss solution.

This formulation came from years of finding the right balance of what works on paper in clinical studies and what works in real-life testing. Hany created a balanced formula that would give you that clean energy feel without feeling lethargic. Contrary to popular belief, the goal should not be to look to crush someone’s appetite, but rather curb it so they can eat less and have fewer cravings. If you kill a person’s appetite to the point where they don’t eat, potentially they will lose muscle from the lack of calories and protein. Hany specifically designed Lipocide IR to help control the consumer’s appetite by reducing their cravings, and to burn more calories while doing cardio.

Here’s a closer look at the Pro Creator’s answer to creating that balance between a shredded physique while minimizing muscle loss.†*

Cocoa Extract (as Chocamine®) – Over the years many synthetic stimulants have been removed from the market place. However, despite this Evogen has been able to stay ahead of the curve by using powerful natural extracts that contain many thermogenic amines and methylxanthine alkaloids. These key components accelerate thermogenesis and make cardio a breeze.†*

Acetyl L-Carnitine – The acetylated form of L-Carnitine is known for its great bio-availability and purported nootropic ef-fects.* Moreover, carnitine helps transport lipids into the mitochondrial matrix with the CPT-1 system to create cellular energy. Without this, the body cannot metabolize fat efficiently for thermogen-esis.†*

Choline Bitartrate – This bioavailable form of choline has demonstrated in research to support mood states. Its secondary use is a lipotropic agent having the ability to promote lipid oxidation.†*

Citrus Aurantium Extract Advantra-Z – Evogen Nutrition uses the patented and clinically studied variant of citrus aurantium extract called Advantra-Z. This powerful extract has stimulant properties which interact with the adrenergic receptor system through a high p-synephrine content. It has a wealth of supporting research which has demonstrated that it has an exceptional effect on the body.†*

Green Coffee Bean Extract – This powerful ingredient has received critical acclaim because of its ability to increase thermogenesis and anti-oxidant activity. 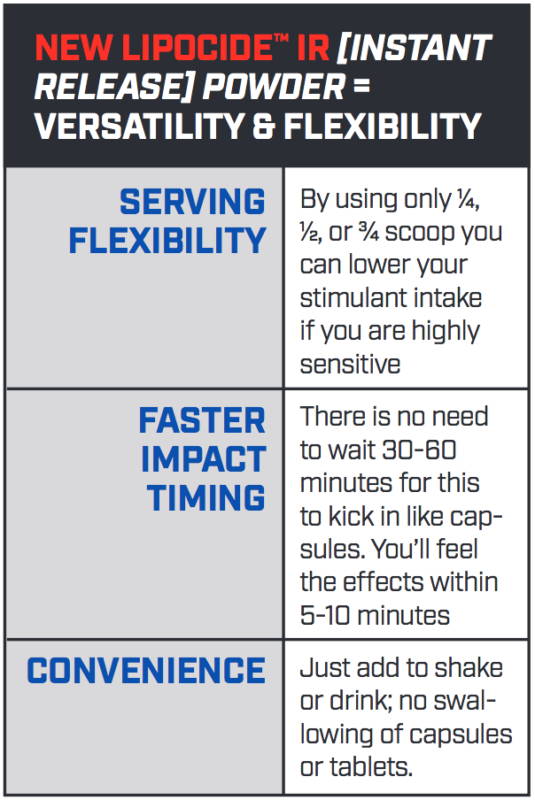 L-Tyrosine – Tyrosine is a powerful nootropic that compliments stimulants to support cognitive tasks that require focus.* Alone it is able to do so under stressful conditions suggested by clinical research.†*

Caffeine Anhydrous - Caffeine has been shown to enhance energy and thermogenesis. It is the backbone of many formulations, and Evogen Nutrition is not afraid to show you just how much is in the product.†*

Caspisum Annum Extract – If you’ve ever had a red pepper then you know it produces heat, but the concentrated extract actually stimulates catecholamines such as epinephrine and norepinephrine. These powerful molecules help stimulate the central nervous system and lipolytic processes.†*

Piper Nigrum Extract (as BioPerine) – This advanced bioavailability enhancer is standardized for a component called piperine. This innovative compound enhances bioavailability of many ingredients found in supplements by interacting with the intestinal brush border and stimulating digestive enzymes. In many animal models piperine has demonstrated its effectiveness on numerous ingredients.†*

Toothed Clubmoss Extract – This ancient extract contains bioactive components such as huperzine A that have shown to have a profound nootropic effect. It’s acetylcholinesterase inhibition allows for other ingredients such as choline bitartrate to have a more pronounced effect due to inhibitory effect on choline metabolism.

THERE YOU HAVE IT. A RECIPE FOR SHREDDED SUCCESS THAT WON’T BREAK YOUR BUDGET IN AN ALL NEW INSTANT RELEASE POWDER FORM.

Lucky for you, Hany has finally yielded to the demands of the dedicated customers of Evogen Nutrition and released his Pro Creator quality tool to get you shredded. It’s up to you to take the next step towards the all new metabolic accelerator that Team Evogen has proudly embraced and has helped Hany achieve 19 Olympia titles.†*

KEEP OUT OF REACH OF CHILDREN Evogen EVOBOOST T - ELITE TESTOSTERONE BOOSTER
No reviews
$100.00 $70.00
Evogen EVOBOOST T - ELITE TESTOSTERONE BOOSTER
Evogen is, and has always been, at the forefront for setting and safely pushing the envelope in sports supplementation by maximizing the use of cutting-edge science backed by real clinical studies and real-life testing. This results in products that offer...
$100.00 $70.00